Celebrating the Crème de la Crème of what World Cinema has to offer at TIFF, in association with L’ORÉAL Paris

Toronto International Film Festival (TIFF) – considered one of the most prestigious of its kind – attracts the crème de la crème of World Cinema. Cinco partnered with L’Oréal Paris to add an extra layer of ‘oomph’ to the glamour quotient at the festival. As one of the premier sponsors for TIFF, L’Oréal Paris was present on the red carpet for 10 days, promoting new product offerings, alongside the ‘Makeup Genius app’ and creating awareness for their brand messaging slated ‘Women of Worth’. Social Media contests, premier ticket giveaways, and onsite product sampling were all part of the festivities. Cinco helped erect a massive luxury structure on the red carpet designed for celebrity viewing, VIP engagements and of course professional makeup sessions. A secondary structure dedicated to the Makeup Genius App was installed on the main festival street, to allow attendees to experience the true genius of the Makeup Genius App in a seamless setting. Results of the crowd’s tangible interaction with the App, engagement video, and photo capture were all made sharable to spread the word among those who couldn’t make it to the festival. 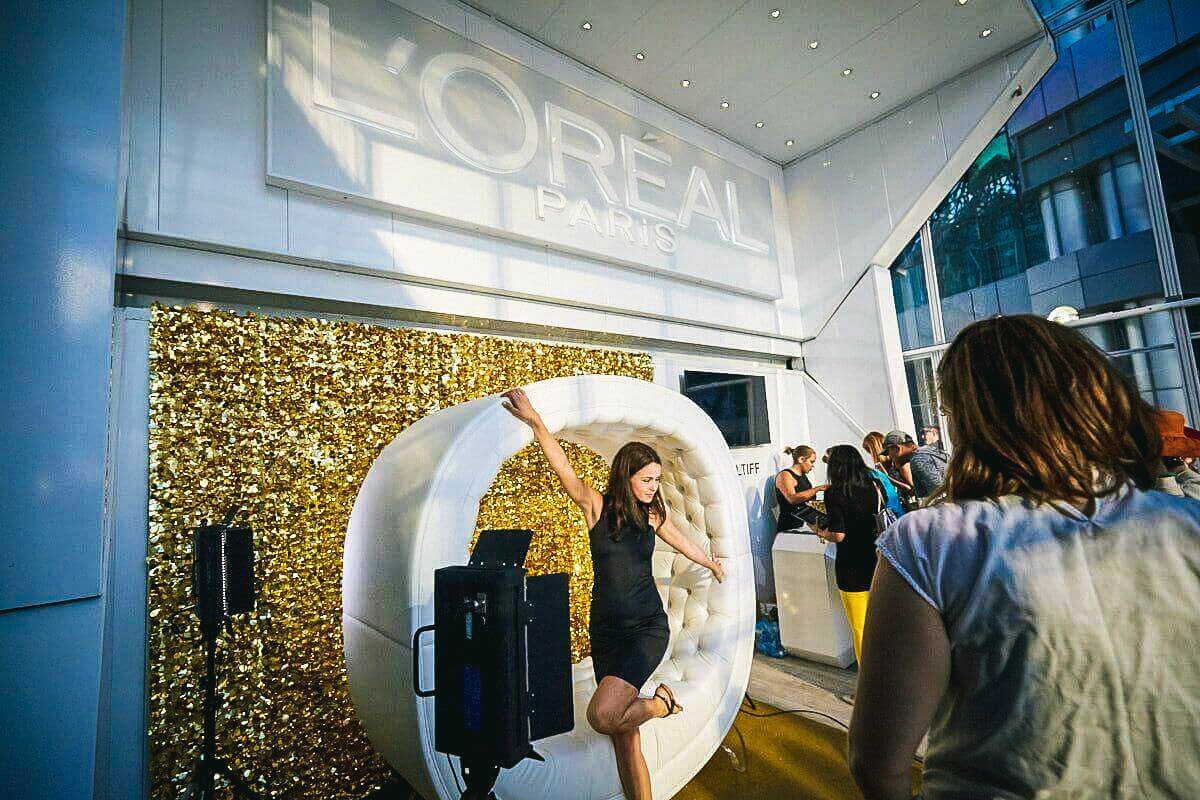 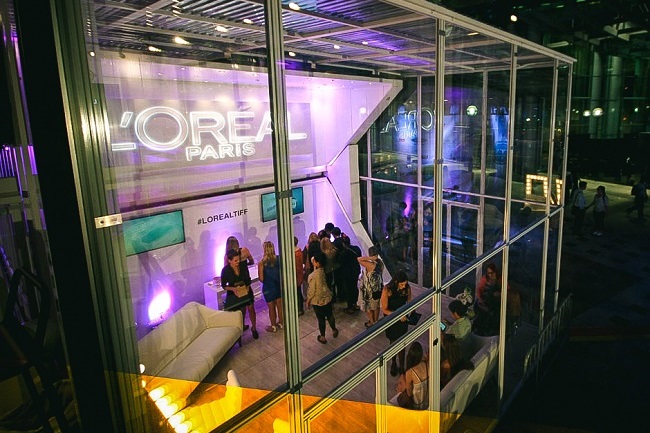 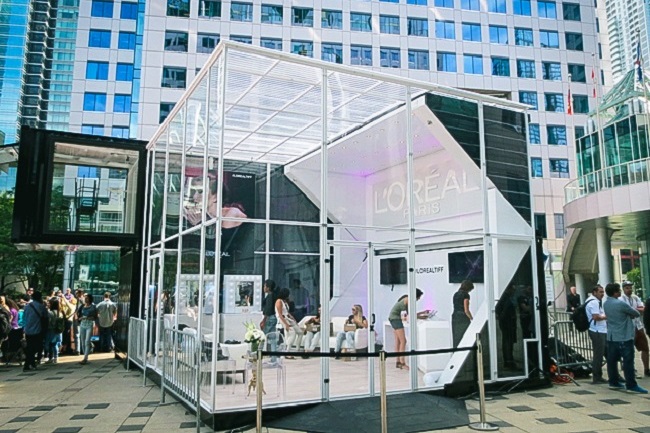 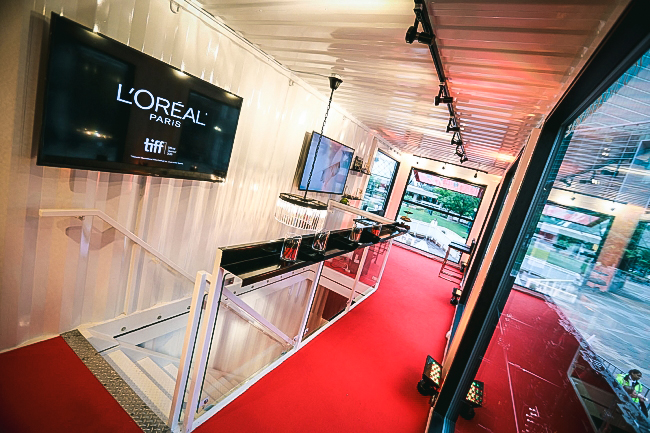 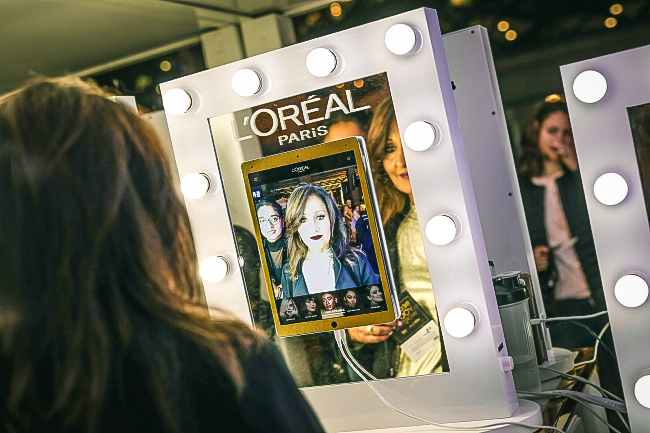 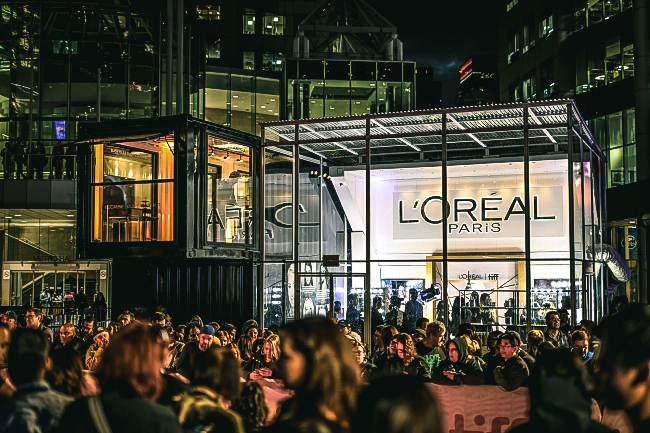 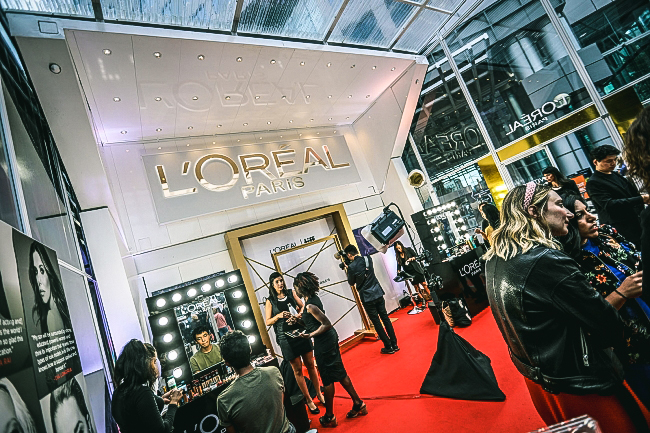 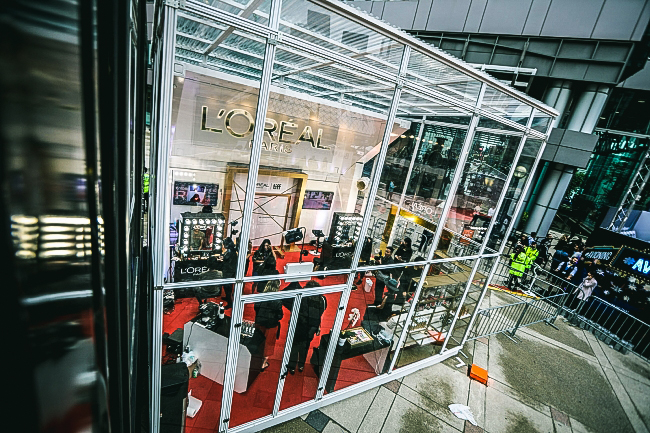 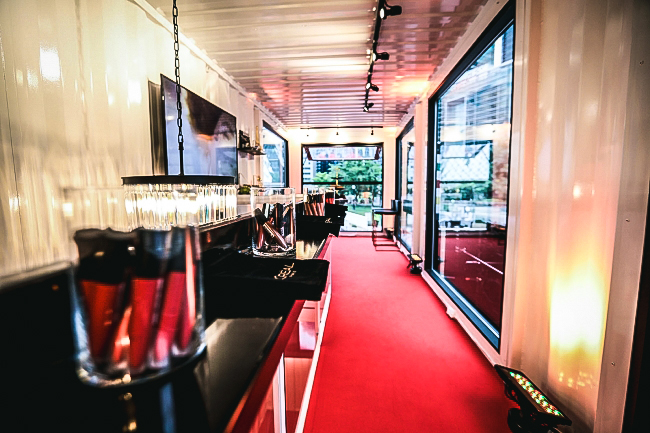